This project was biiiiig. A whopping 9,000+ finished square feet of new-build, all-details-considered, floorplan-to-final-furnishings big.
Our role on this new construction in Glen Ellyn was what we’d call “the works.” We did it all. We’re talkin’ all-all. And while it did take two full years to complete, which sounds like an eee-terrrr-nity, it actually clipped right along at an extraordinarily efficient pace thanks to one key factor. Trust. It was one of those rare and blissfully welcome instances where the homeowners just handed us their full confidence on a silver platter. It was like we lifted that polished dome and saw the words “Go for it.” So we (secretly woo-hoo’d and) proceeded accordingly.

While the family’s original intent was to remodel the existing late 1940s house on the lot, they realized the cost was only nominally higher for new construction. Plus, they were envisioning a full-on basement arcade, but the current home’s low ceilings and mechanicals would have cramped its style – badly. So we shifted into new construction gear, with a clean slate on a killer lot facing Lake Ellyn. Not. Too. Shabby.

We started with the DNA for the house as we always do, and once we got the initial nod on that, the homeowners’ response to everything we presented was yet more nods. No requests for photos of similar treatments. No wavering or direction-changing. No stall-outs due to mulling. No kooky new ideas they saw on one of those crazy design shows. Nope. None of that. All responses fell somewhere along the continuum of Yes – everything from “Love that” to “Let’s do it.” Case in point: when we presented the idea to go with black on JUST the family room windows and doors, we got an “Ohh, that’s sounds cool” – aka: the immediate go-ahead. (Side note to the homeowners: This is not normal, and we say that as the highest of compliments.) 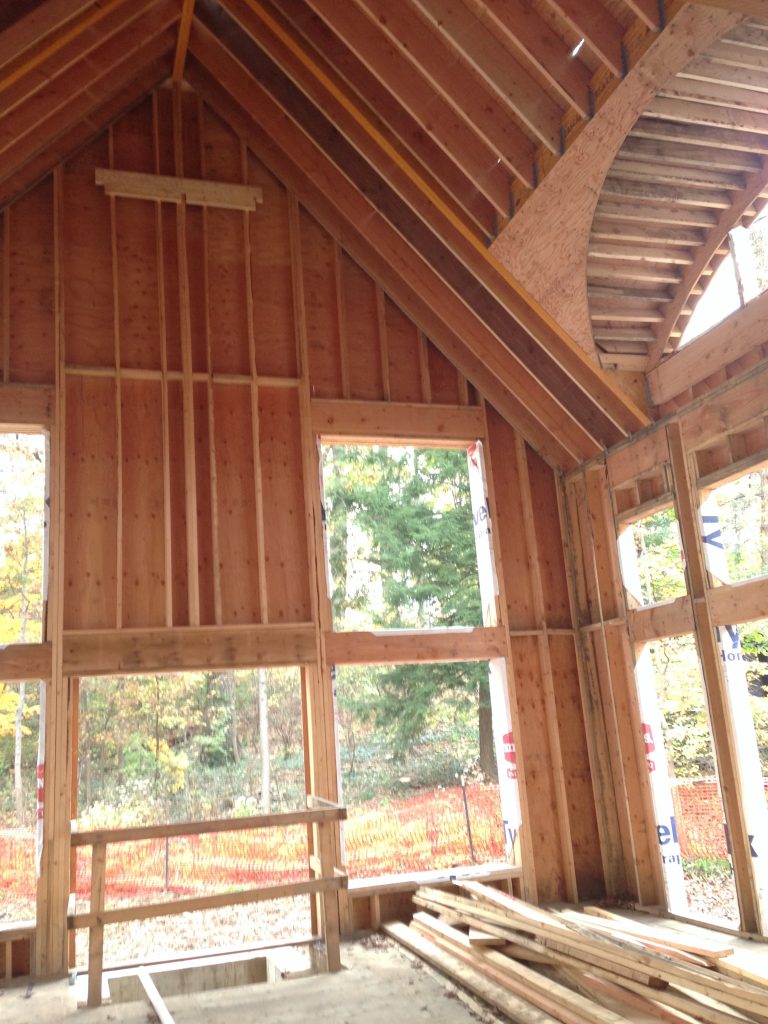 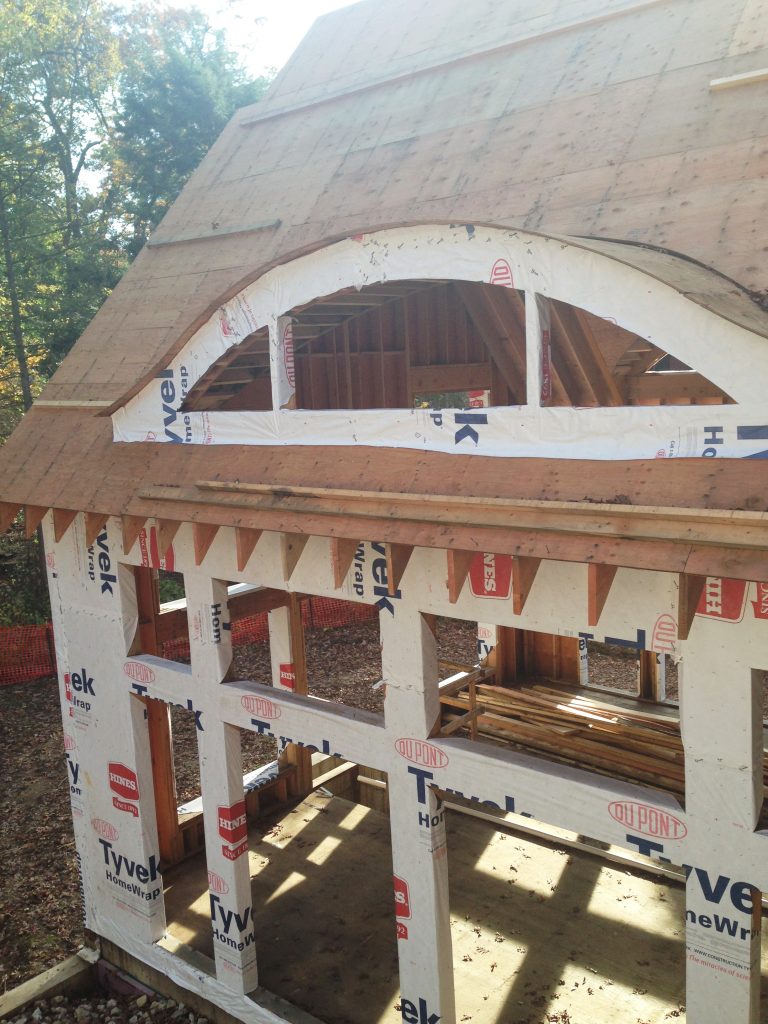 Some of our favorite things about the house turned out to be the trickiest to pull off, since many were Designstorms “firsts.” Obviously every job has its challenges, especially long projects, but even more so when the homeowner wants to work Space Invaders graphics into a shower wall tile pattern (for real). More on that later. Let’s start with the family room. A sizable 2-story space at the back of the house, it faces the wooded part of the lot, with tons of glass to maximize the view. Because the room is huuuuuge, and the ceiling is vaulted and peaked, we wanted to cozy it up a bit. We added white shiplap to the vaulted ceiling, and installed two massive trusses and a 6’ x 6’ custom-designed, showstopper of a light fixture to visually bring the ceiling down. We found a way to saturate the stain on the trusses to a deep, rich, near-black with a satiny finish to match the doors and trim around the windows to help the space feel more cohesive. The other tricky element of that room was the wall above the fireplace, since there was a whoooole lot of it. We installed a TV above the fire box, added paneling above the TV (so they wouldn’t feel the need to hang a giant clock or wreath or something equally unnecessary to fill the space), then shiplap above that, to reduce the height of the chimney and give the wall a more finished feel. 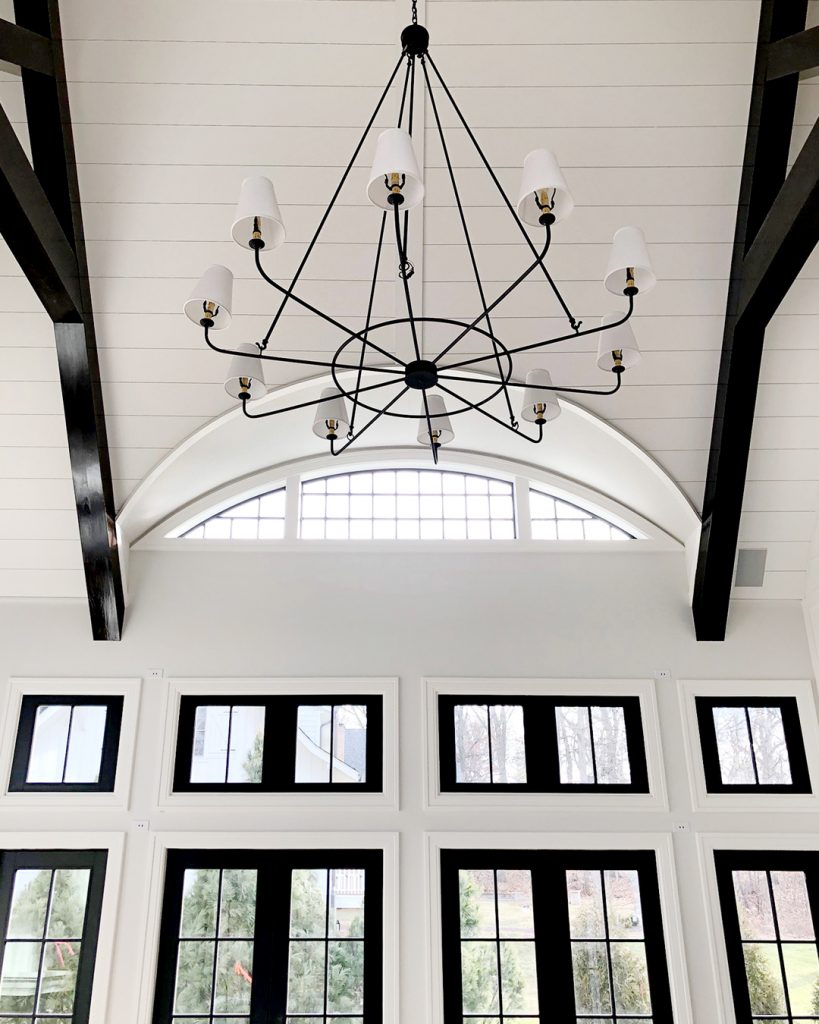 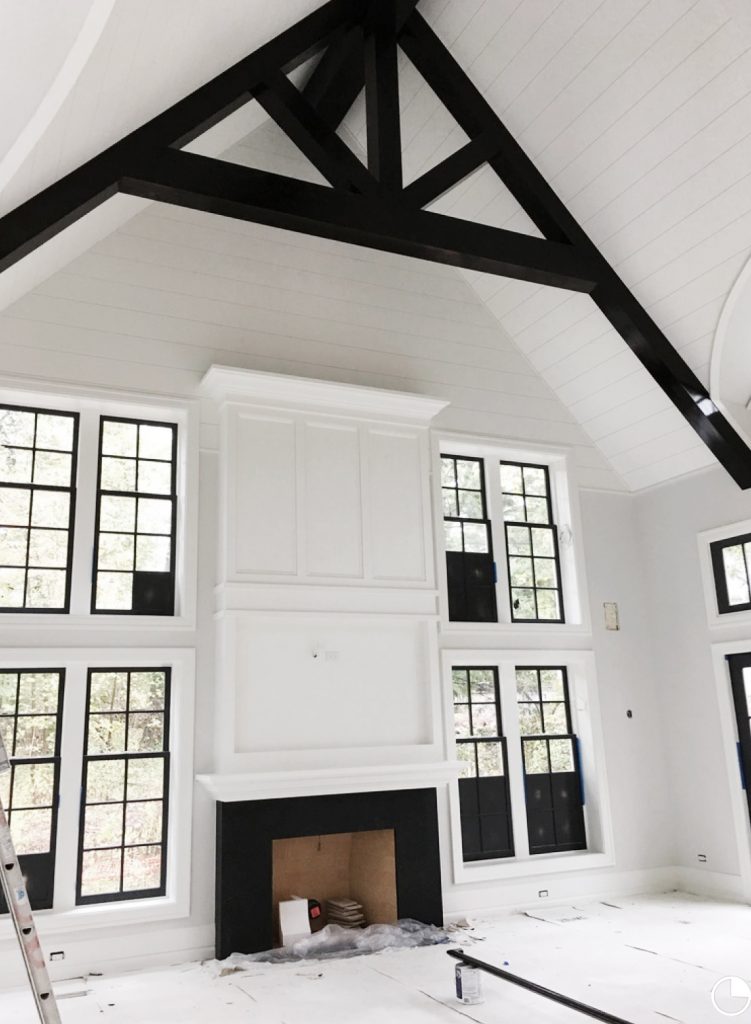 The other part of the house that warranted a pause-and-reconsider was the main hallway. Some architectural challenges were at the root of the issue. On one side, the position of the staircase cut a big slant through the hallway ceiling. On the other side, the soffit for the range hood ductwork also jutted out. Our solve was to disguise them both in a way that looked intentional. We designed an arch made of millwork, mimicking the lines of a similar arch above the pass-through off the kitchen, as a point of reference. Once we sketched it (see lovely super-rough rendering below), we trimmed out the elements in cardboard, then stood on scaffolding holding the pieces up for the millwork guy to show him what we were thinking. Far more effective than our charades outlining the imaginary shapes. 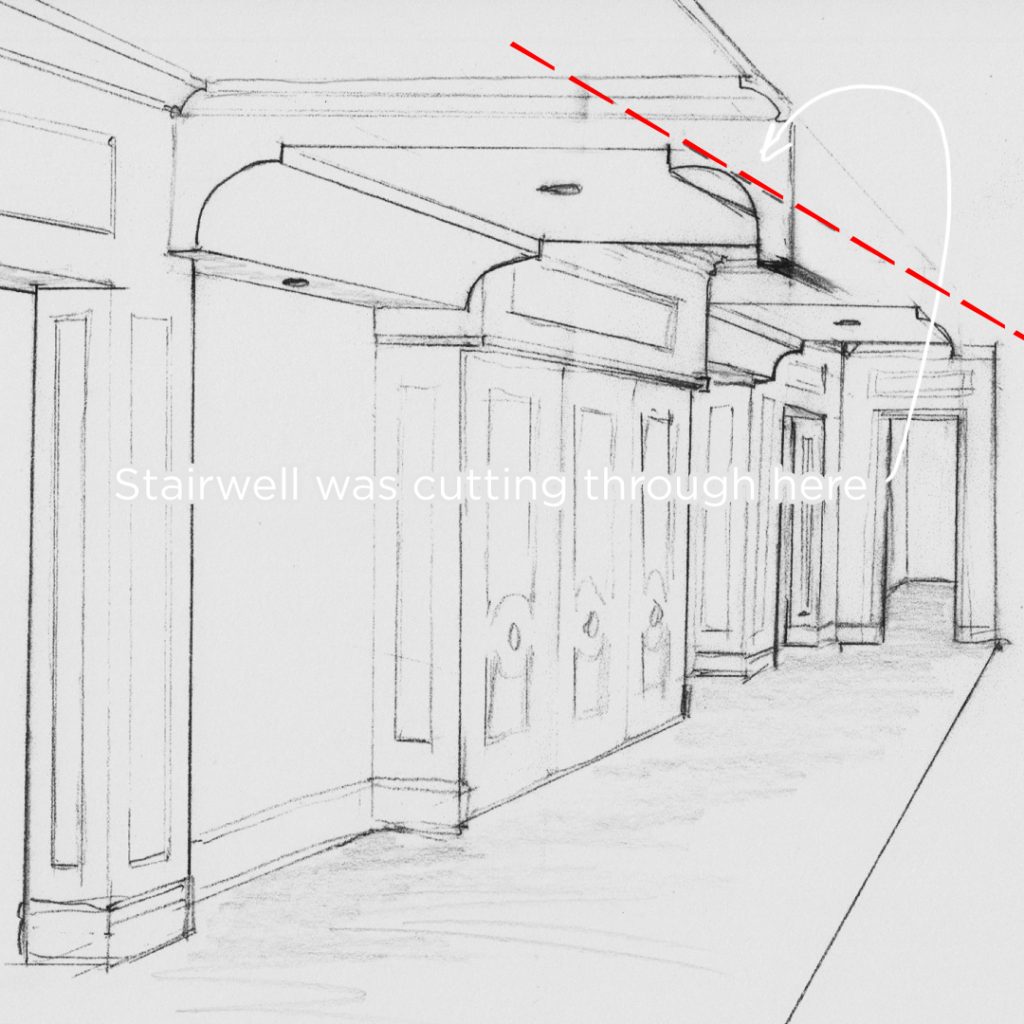 We could go on about the main house, but we feel the basement warrants some attention. Because it’s not really a basement-basement. In fact, it’s so non-basement-y, we feel bad even using that word. This place is a hey-when’s-the-next-party kind of basement. It’s actually an arcade, full of new and vintage arcade games like pinball and other classics – exactly what you’d expect when the homeowner happens to be the creator of one of the most popular coin-operated arcade games in the country. 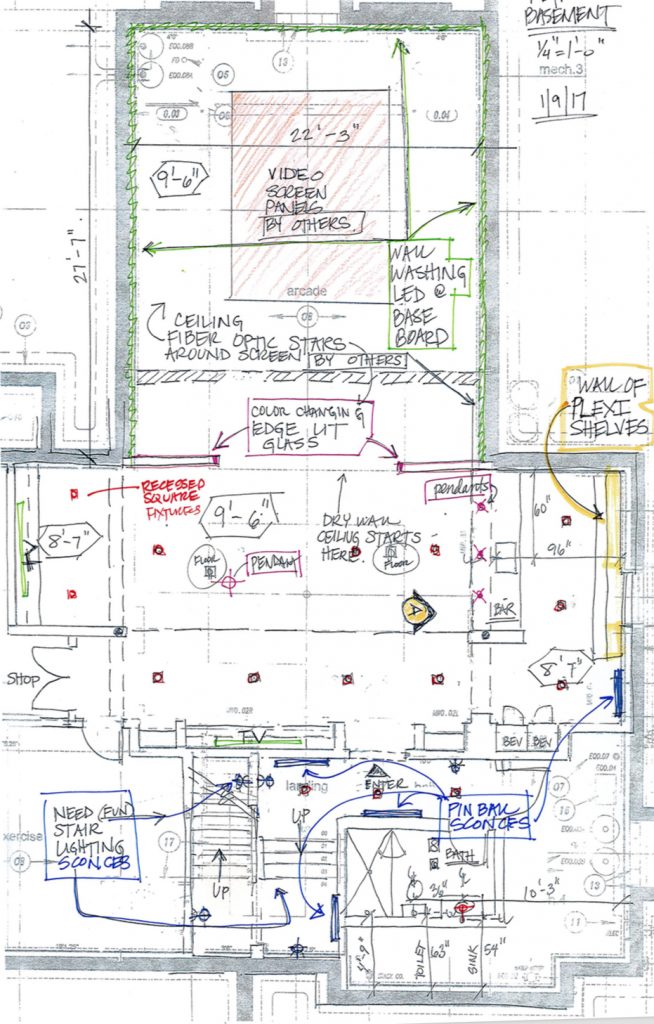 As we noted above, this new construction was a treasure trove of not-yet-encountered firsts for us. But the basement takes the cake for the most “You want whaaaa?” ultra-specific, ridiculously creative requests in one space. FYI, if anyone else asks us to create a crazy-cool glowing bar design that’s a precise, scaled-up version of the Pac-Man screen (stained glass ghost on the window and all) – we’ll know how to do it. The lighting needs for this element alone were so specific and outside-of-the-usual-drill, we had to call in the big guns – a commercial lighting specialist to help us spec the right fixturing. It took about eight of us to figure out how to construct all the components of the back bar, an iconic Pac-Man inspired wall of cantilevered shelving with backlit LED lighting in the shelves, so the color can change from Pac-Man blue to Ms. Pac-Man pink and any color in between. 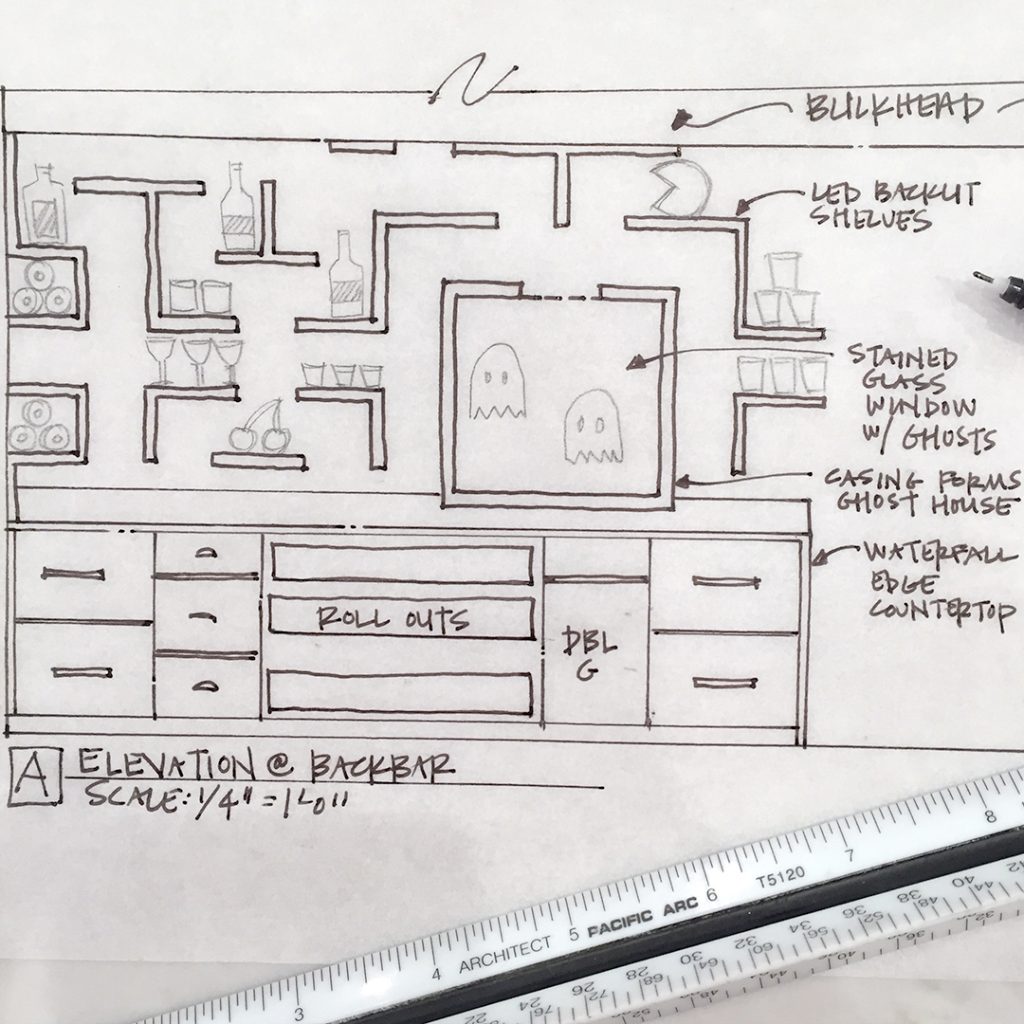 To keep the arcade vibe in play, we used commercial-grade carpet tiles in three colors giving the floor a pixelated feel, and we installed very little direct lighting so the games would serve as main source of lighting. Instead of wall or ceiling lights, there’s a recessed, color-changing LED strip behind the baseboards, and a 9’ x 16’ screen embedded in the ceiling, that illuminates the space when the animation loop is running. (9’ x 16’! Use your mental tape measure for a second and think about how enormous that is – it’s massive.) 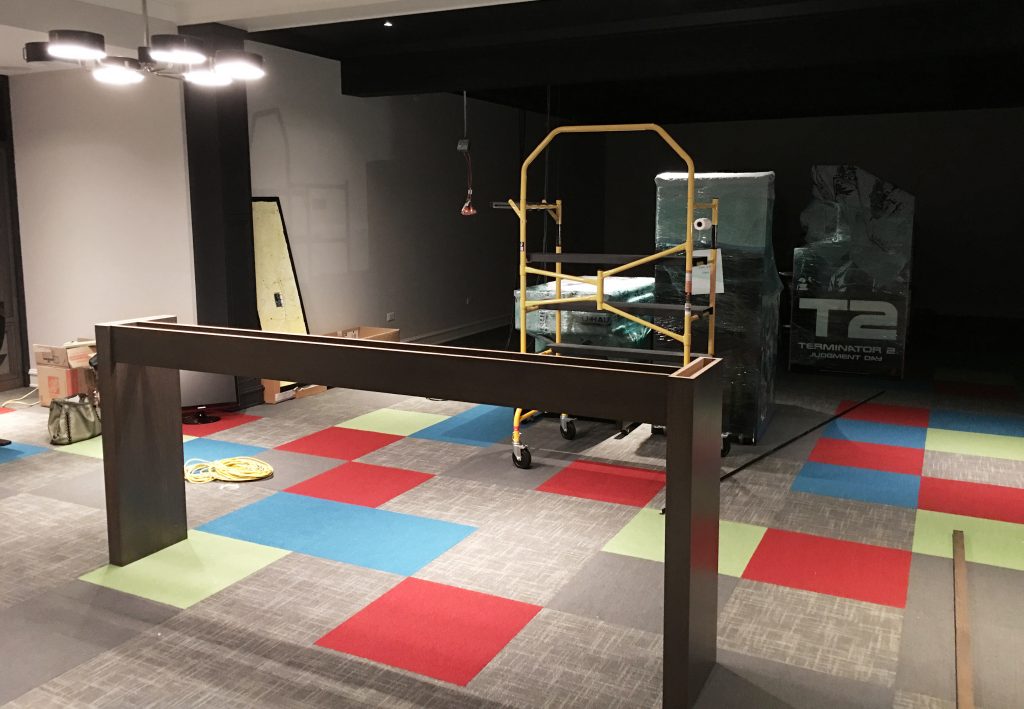 As for the bathroom, leave it to a game-creator to make the shower tile fun. Carrara marble has its place, just not here. His vision was a pixel-art tile mosaic, as an ode to Space Invaders – not surprisingly, another first for us. (It’s kind of a thing in Europe, on random exterior walls or anywhere really. But a first in Glen Ellyn as far as we know.) The installer had to take apart pre-attached tiles on the mesh backer, and meticulously re-order them to create our grid and specific design. The result is a shower wall that looks like we ripped open the space/time continuum with the space invaders doing what they do best… invading! 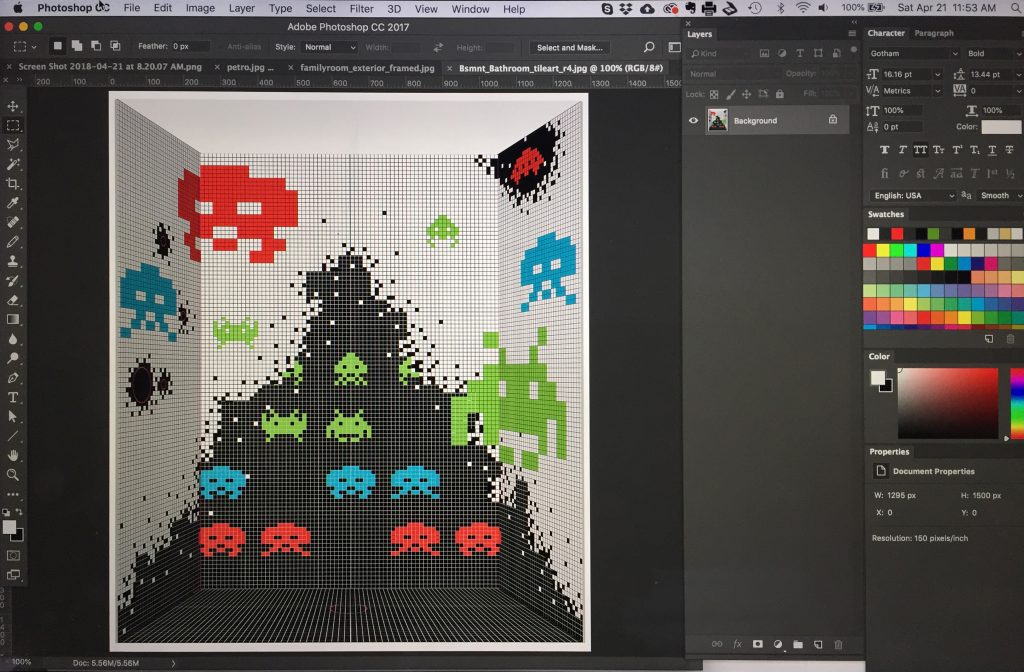 It’s tough to come up with a sensible segue from Space Invaders to well, anything, so we’re not even going to attempt it.

Instead we’ll go back to where we started – the circle of trust. (Meet the Parents fans? Anyone?) Ah, we joke, but it does make the process ever so much smoother. And the results, that much more spectacular since it’s all so cohesive. With this home, we were able to drive every detail, so the reality of the final design stayed true to the original vision, even as we tweaked things along the way. We kept the open airiness the homeowners wanted, and framed the key living spaces with elaborate molding and millwork. We established the palette, designed every piece of trim and cabinetry and built-ins – even the custom newel post – and then furnished the entire place, from rugs and window treatments to accessories and art. We’ll post final-final pictures soon. Until then, you can peruse these work-in-progress images. Annnd hope for an invite to a party in that insane basement arcade. 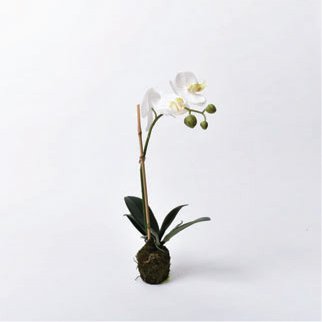 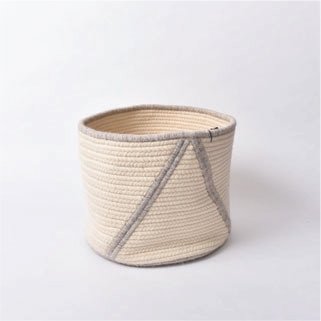 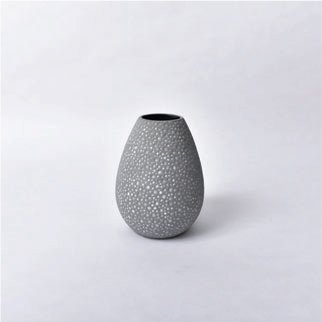 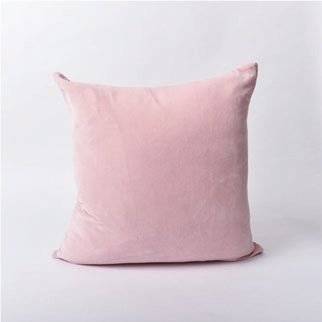