Affectionately called Elmhursting at the seams. Stay or Go?

There’s a fine line between cozy and cramped – and this family was feeling that line had been crossed. (Nothing a little floor plan rejiggery can’t fix.)

We give our projects fun internal names partly to amuse ourselves and partly for more practical hashtag / search engine findability purposes. For this one, we decided to give our Instagram followers a crack at it. Knowing it was a green house with a family wishing for a little less alltogetherness allthetime-ness, they responded with gems like #DSGreenPeace and #DSGrowingGreenHouse. But the unanimous favesie was (duuuuurrrrruuuummmroooooolllll please): #DSElmurstingAtTheSeams. Because there’s good seam-bursting (love, proud moments and the like). And then the not-so-good seam-bursting, where everyone’s in each other’s way all the time.

When we first heard from this couple, we were having an up-to-our-eyeballs-in-projects moment and wanted to give them fair warning that it would be a while before we could give their house the attention it deserved. (Our way of saying, “If you want to explore other options, feel free.”) Their response was something along the lines of “We’ll wait. You’re not getting rid of us that easily.” We like ourselves some homeowners who know what they want. ‘Specially if what they want happens to be us. 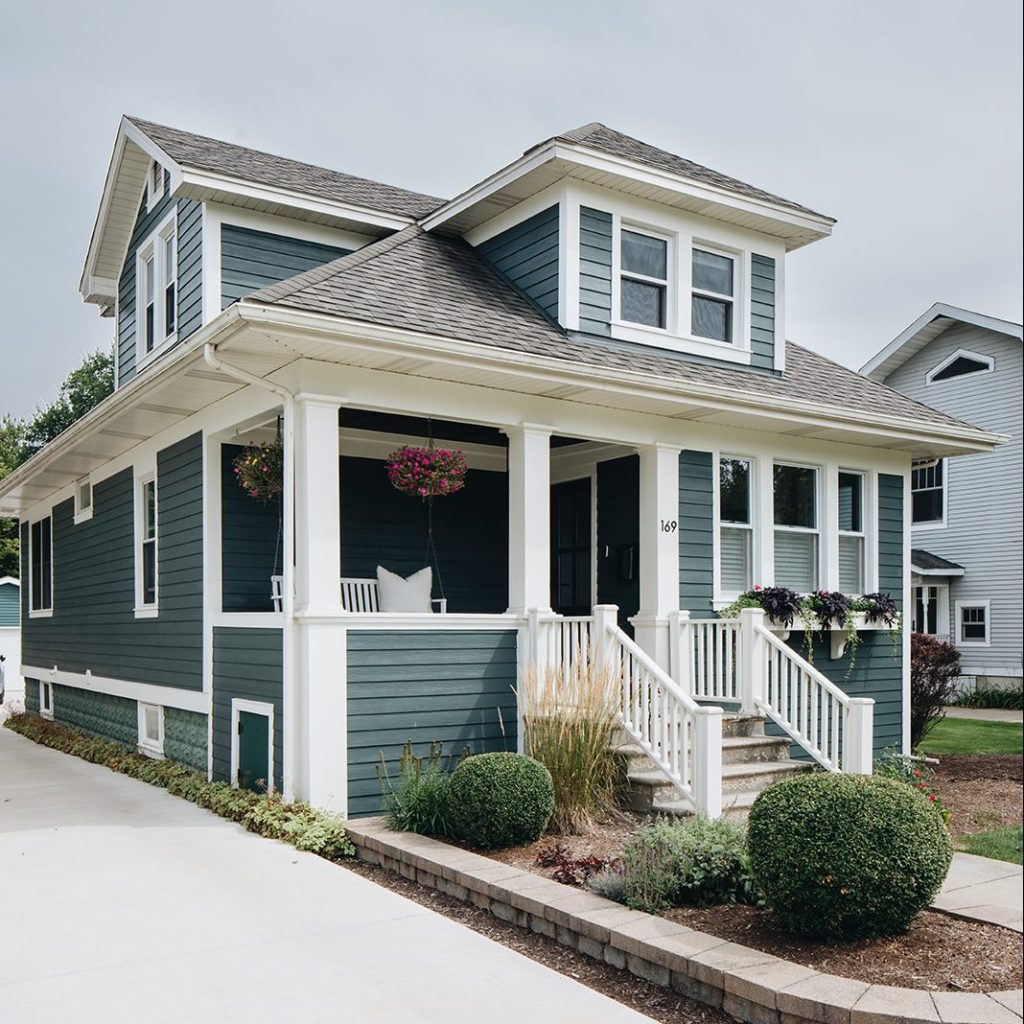 The home itself is an early 1900s Craftsman-style cottage in Elmhurst, which they had furnished with a more mid-century vibe. It had fairly adequate space square footage-wise, but wasn’t well laid out. So they were feeling a lot of “togetherness” (not the good kind – more like everyone-sharing-the-same-bathroom kind), and had looked into an expansion the year before. But /he plans had spiraled into a grandiose-ness that seemed too big for the block’s britches in terms of property values, so they decided to abort mission. That said, they still wanted a smidge more space and the house wasn’t going to expand itself, so they took their number in the Designstorms queue and waited. 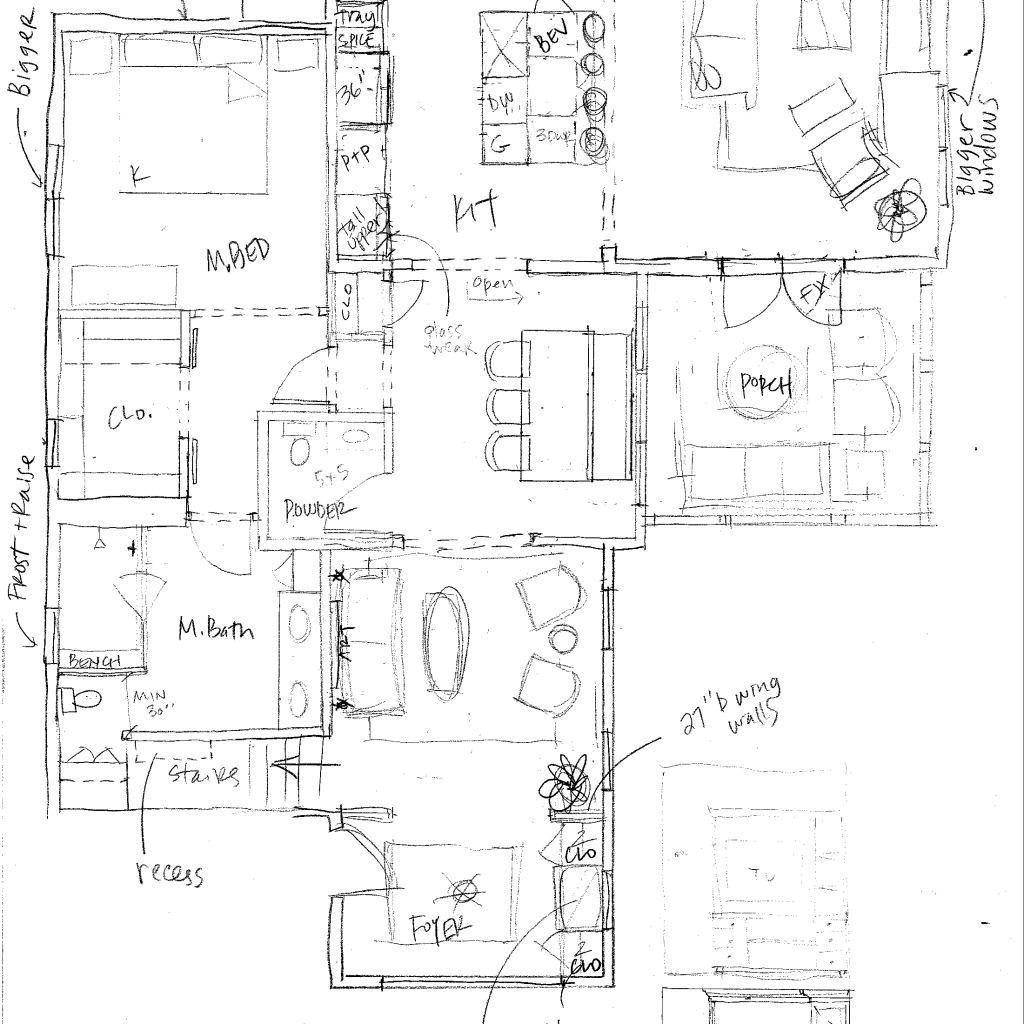 Our overarching goals for the house were four-fold (that’s a lotta goals!): 1) maximize the existing space by reworking the floor plan, 2) bring in as much natural light as possible, 3) add a sunroom off the main living space to create an area where adults could hang near the kids but not all be competing for the same sofa seats, and 4) stay within budget (ultimately a good thing – makes the universe of choices a little less overwhelming). After doing the field measure, we laid out a floor plan that did a li’l land grabbing from various rooms. Our Robin Hood-ing paid off, stealing bits of unused space from some rooms to make other rooms far more functional. Then we brought in an architect to make sure there was no roofline weirdness and to do all the i-dotting and t-crossing for permitting and approvals.

As for builders, the homeowners liked the work Oakley Home Builders had done on their street because it felt in keeping with the original spirit of the neighborhood (vs the free-styling that was going on in other parts of the ‘hood), so we partnered with them to make it happen. We added the sunroom as an extension of the family/dining room area, installing windows all the way around for maximum light. Then we shared the daylight-love with the dining room by replacing the existing (formerly exterior) windows with a single large steel window with black mullions. To door or not to door became the question for the transition from the family room into the sunroom. We decided to not door. 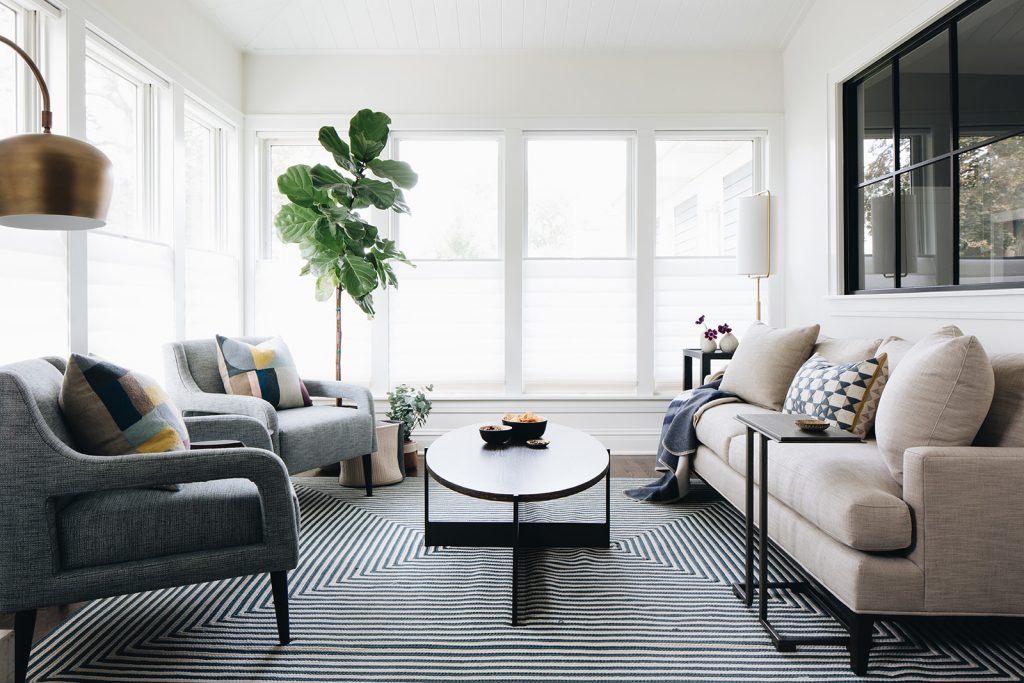 Onto the kitchen remodel. The space was cramped. Like one-person-at-a-time, single-file-please cramped. They needed storage and wanted to open it up to the family room, so we reworked the traffic patterns, stealing some space from the master bedroom to expand the kitchen and make room for an island, and adding cabinets that went all the way up to the ceiling. The vertical storage freed up some horizontal space to bring in larger, updated appliances, like a new Subzero/Wolf range and fridge.

Because of its position in the middle of the house, the kitchen lacked natural light, so we used white cabinetry to brighten it up. We hung two pendants over the island and added low-back bar stools to keep the lines clean so the space felt more open. For the counters, we all went completely gaga over these slabs of honed Nero Marquina marble. Matte black marble was something we hadn’t done, and we thought it would look amazing – which it does – as long as  you don’t put a glass on it. Because RINNNNNGS. BLASTED RINGS. 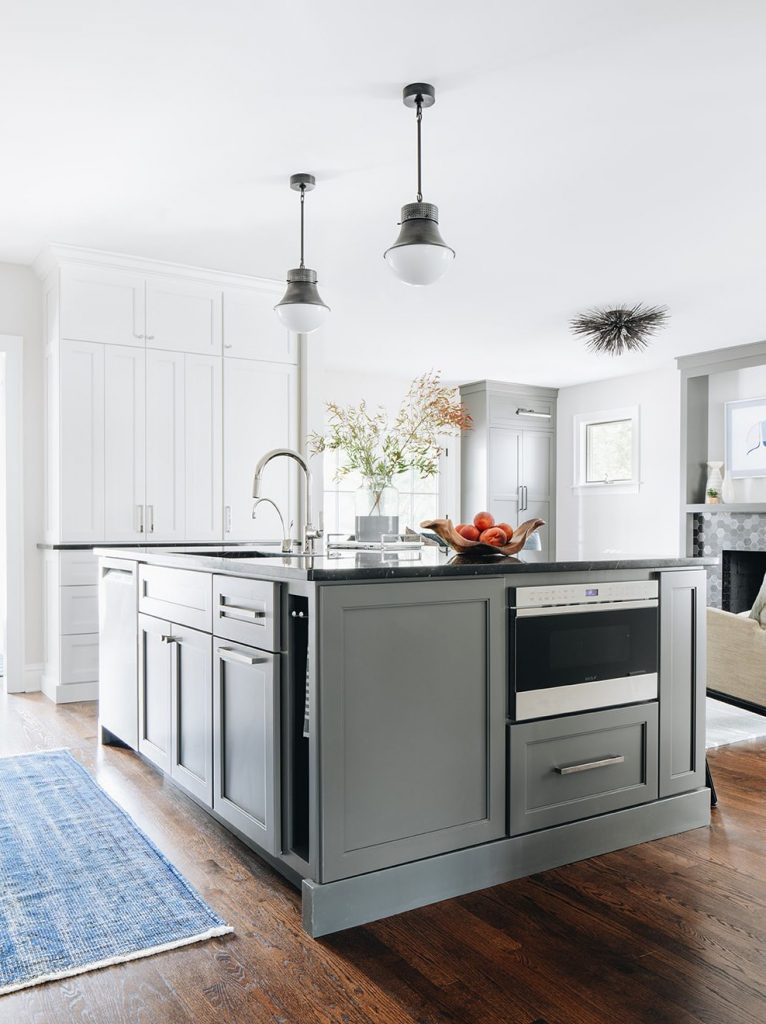 Always ready to pivot to Plan B, we quickly priced quartz lookalikes, but they were triple the cost. (Not happening.) Thennnnn we discovered a new product that gets applied in a vellum-type sheet over the marble, and heat-sealed on to protect the stone. It’s gloriously impenetrable, and you don’t have any of the sealing maintenance you’d typically have to do with marble. (In our humble opinion, genius.) It even has a crazy self-healing quality that hides small cuts. It astounds us with its magical-ness and we are fully starry-eyed-emoji-face under its spell. Problem solved. Designers relieved-slash-happy. Homeowners thrilled. 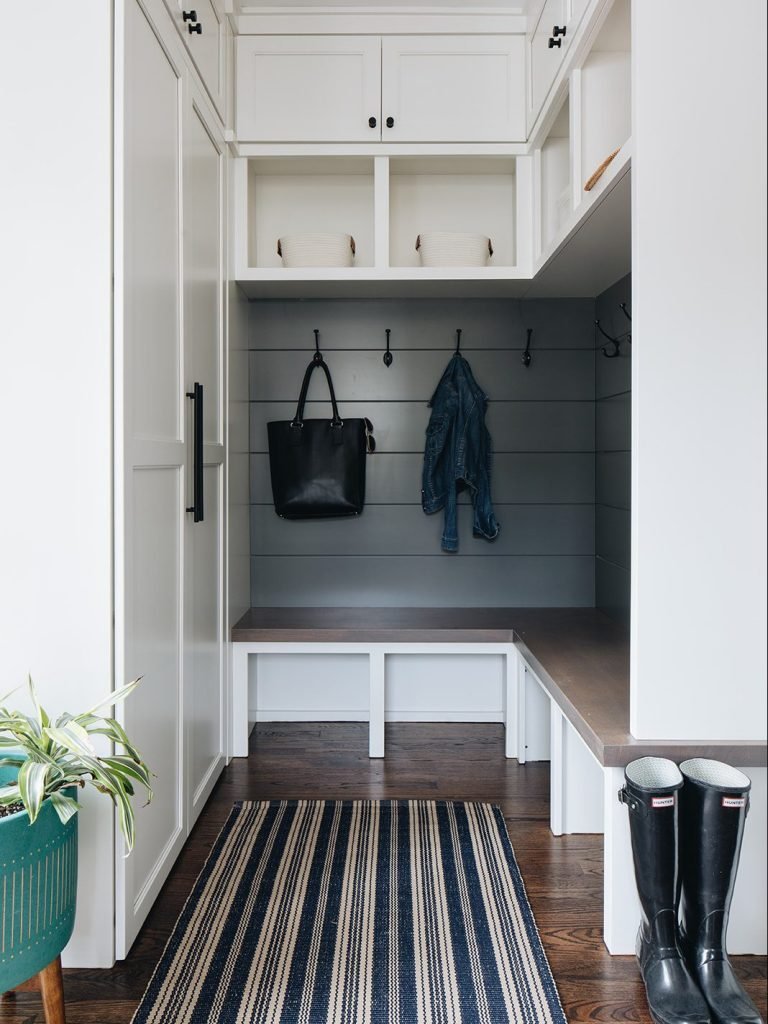 Inside the back entrance, there was a compact, somewhat makeshift mudroom that was essentially just a hallway with coat hooks on the wall. So we added serious functionality power [bicep flex here] by changing an opening to the family room to a full wall with floor-to-ceiling built-ins to house coats, gloves shoes and the occasional Costco haul, plus a small built-in desk for home command-centraling. 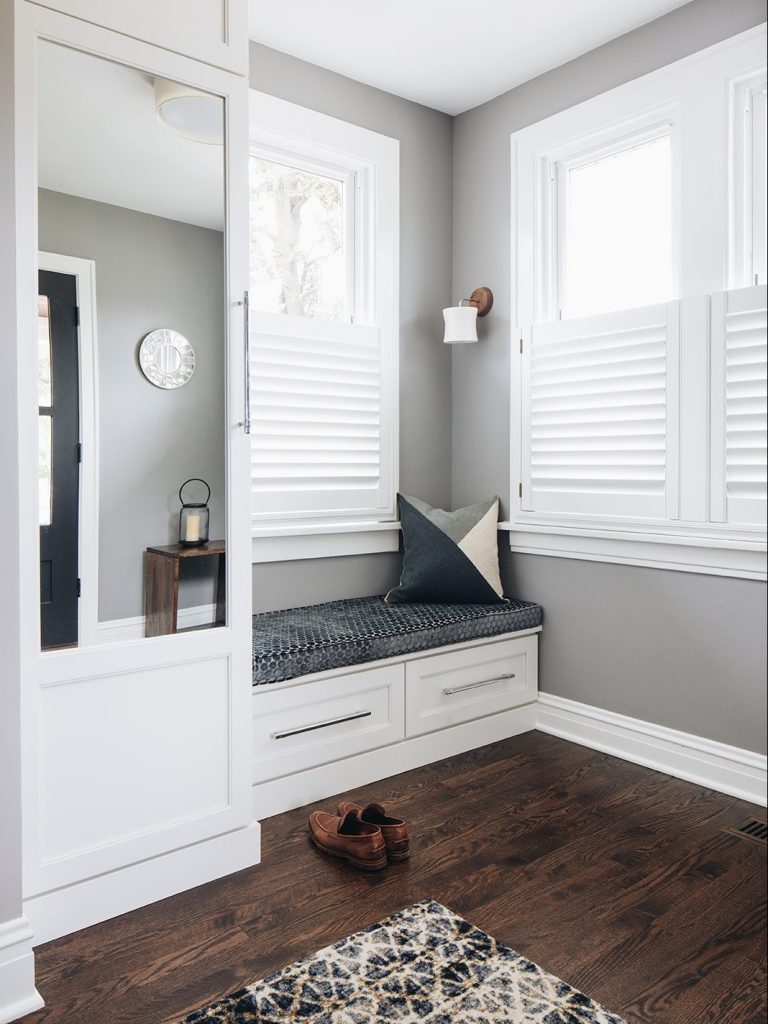 We gave the entry a similar treatment, defining the space as more of a foyer by adding wing walls so you no longer sashay from the front door right into the living room – but have more of a  proper transitional space for kicking off your shoes. We added a built-in bench seat and mirrored cabinet for last-minute hair-checking before heading out. (Bonus feature: the mirror reflects natural light coming in from the front of the house, brightening the space during the day.) 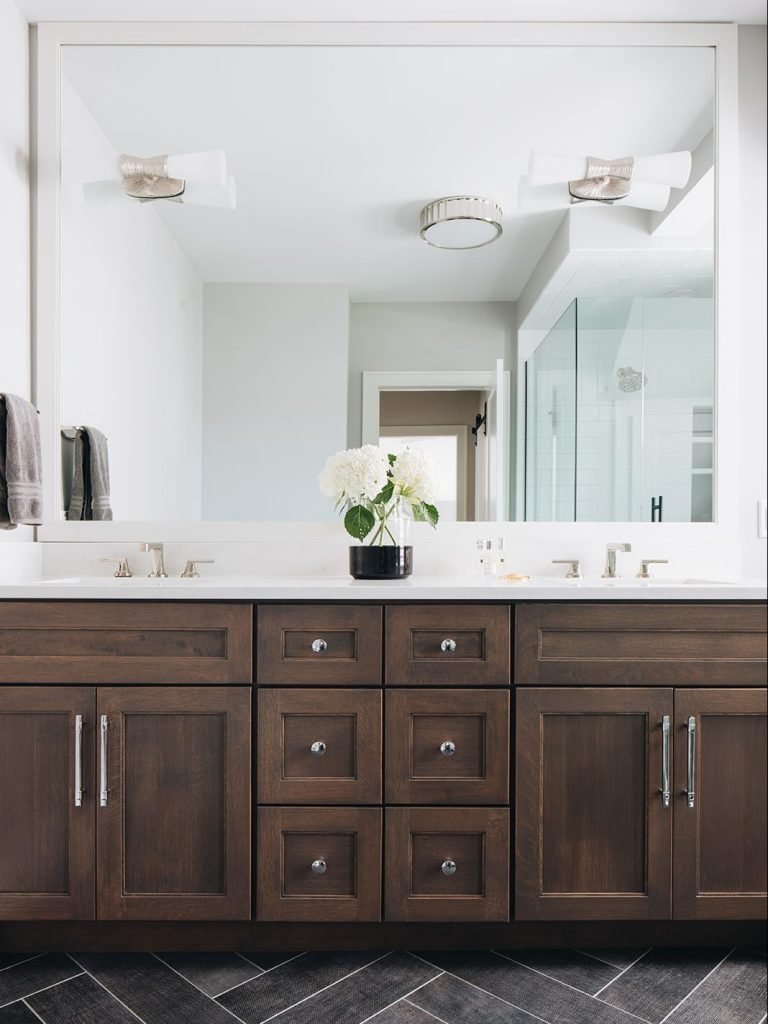 The first floor master bedroom was decent-sized, but we wanted to add an en suite bath. They were previously using the more “open to the public” hall bath, along with everyone else hanging out on the main floor of the house, so we borrowed (stole) some space from the bedroom to create a walk-in closet and master bath. We used oversized subway tile and glass to keep it feeling bright and open, tiling right around that middle-of-the-shower-wall window so we didn’t lose the natural light. 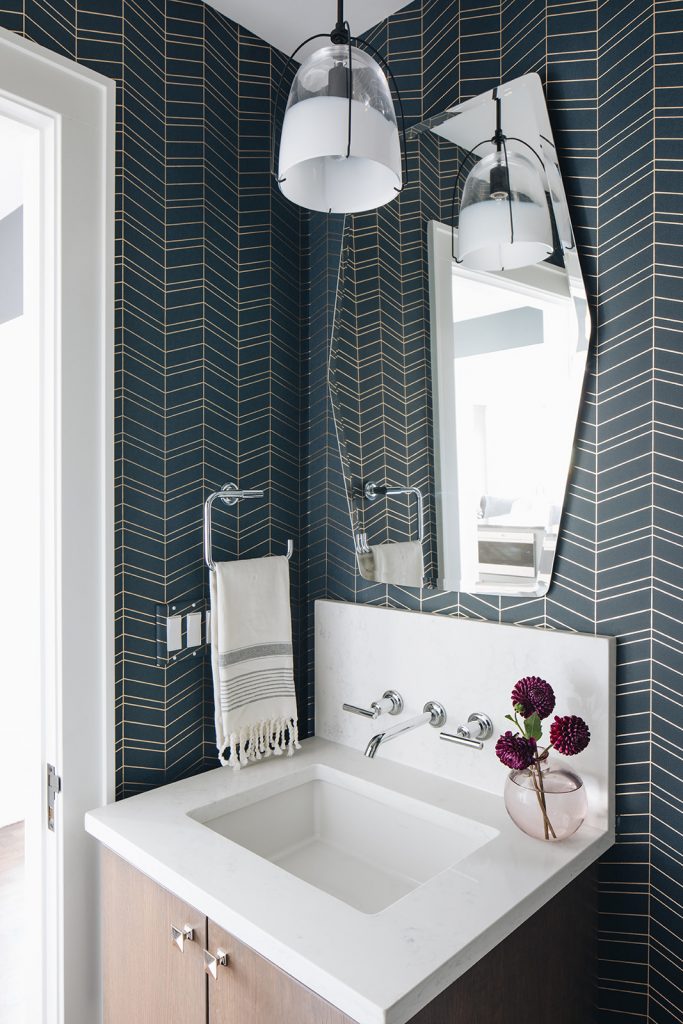 We added a small powder bath off the family room for the rest of the fam and guests, which was tricky since there were 18” x 18″ wood grates over floor ducts that would be costly to move. We decided on a work-around, using a floating sink, which sounds way cooler than it is since it’s not actually levitating – it’s wall-mounted (hope that peek behind the curtain didn’t ruin it for you). Anyway, it saved some dough and kept an element of vintage charm. Then we added a fun wall covering in navy with gold accents. 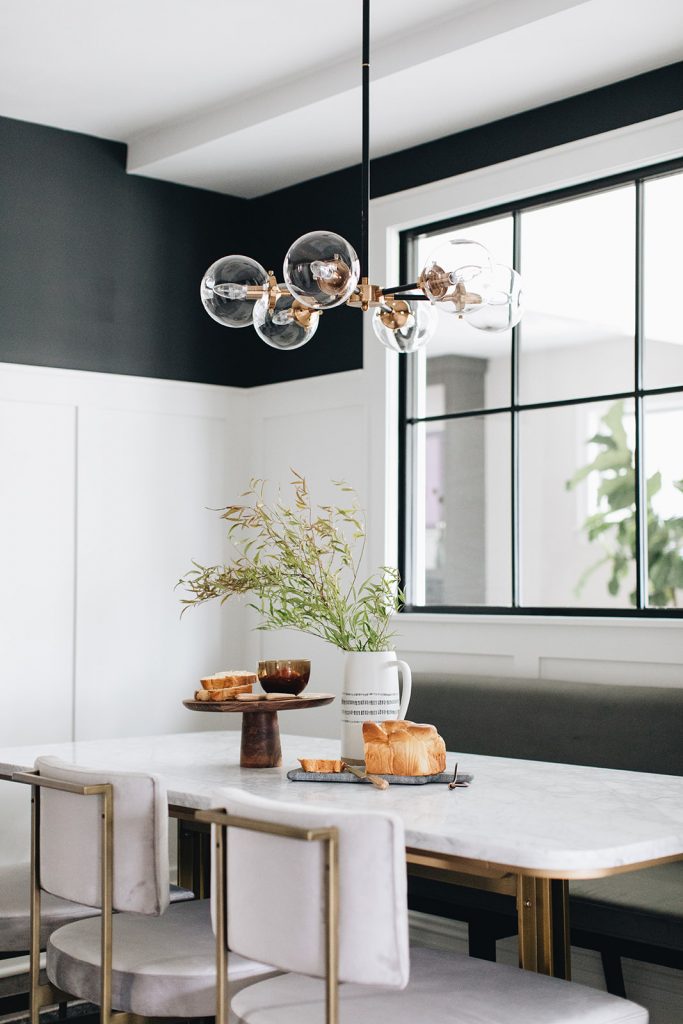 The dining space had a choppy feel, with multiple doorways, so we gave it a more cohesive look with 6-ft white wood paneling alllllll the way around. Then we went with a dramatic black on the wall above it. We polished off the space with a slightly retro mid-century globe light and some mixed metals. 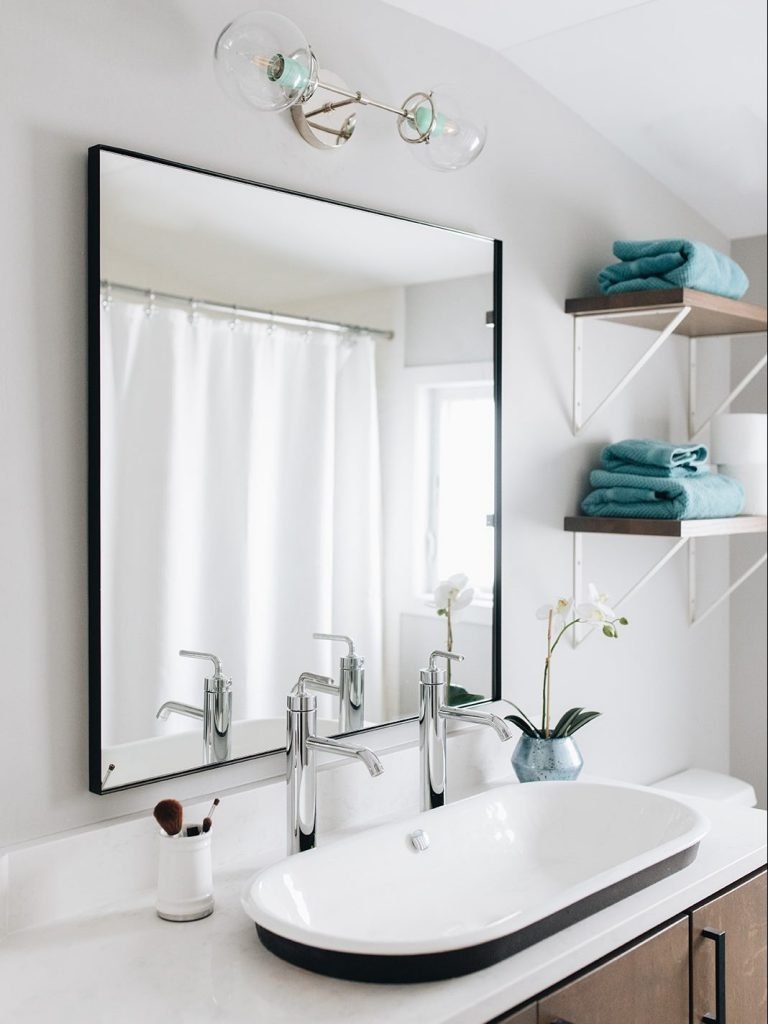 Upstairs really just needed a light touchup, so we updated the paint and carpet. And since the kids’ shared bath was on the smaller side, instead of two sinks, we installed a single wide sink with two faucets. We furnished the entire house with new furniture, accessories, lamps, tables and rugs – keeping a few of their key pieces in play, but moving away from all mid-century modern to a more transitional look. Then we painted the exterior trim white, and went with a classy dark blue/gray on the James Hardie siding. 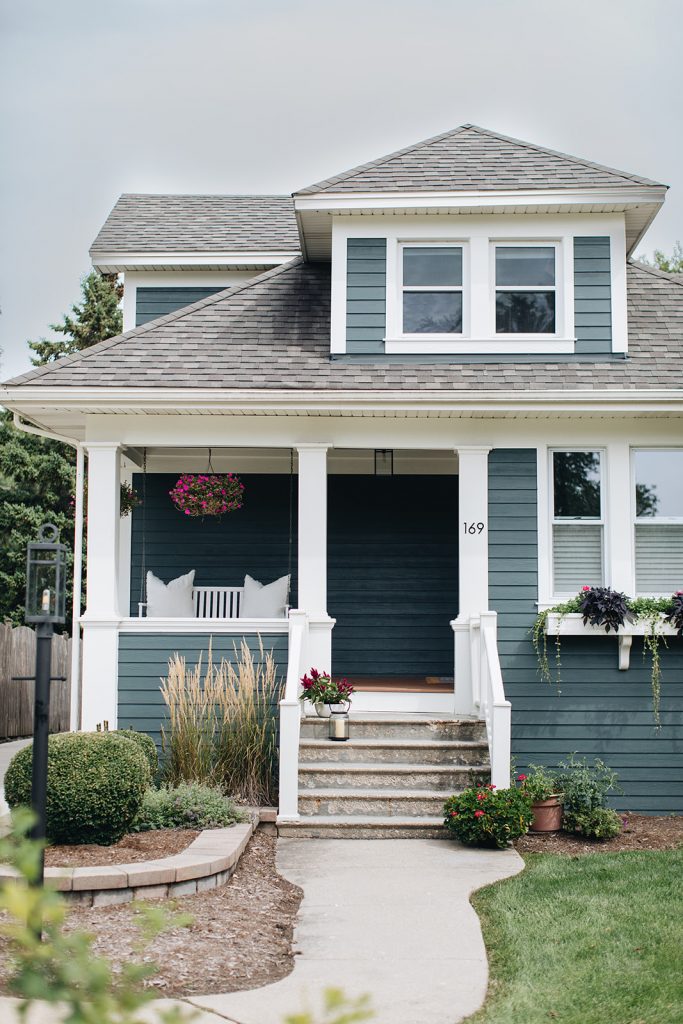 Quick Six Degrees Sidebar:
Actually a double Six Degrees sidebar. So does that make it twelve? Or three. Doesn’t matter. Point is, we figured out pretty quickly after meeting the homeowners that Amy went to high school with the husband who happened to have a mad crush on Amy’s best friend (whose name we shall withhold even though we reeaaaaalllly wanna say it). Annnnnd, his dad sings in a band with that same high school principal. Crazy hilarious. And freaky small-worldish. Also a solid reminder to always, always, always treat people well, since you never know when or how your paths will re-cross. Ok, enough sermon-ing for the day. Back to designing. Do let us know if you’ve got a project you want to chat through. Who knows, maybe we’ll figure out that we suffered through the same middle school torture together and we can re-hash those horrid memories. Surely one of us has a yearbook somewhere.

Until next time… thanks for reading! 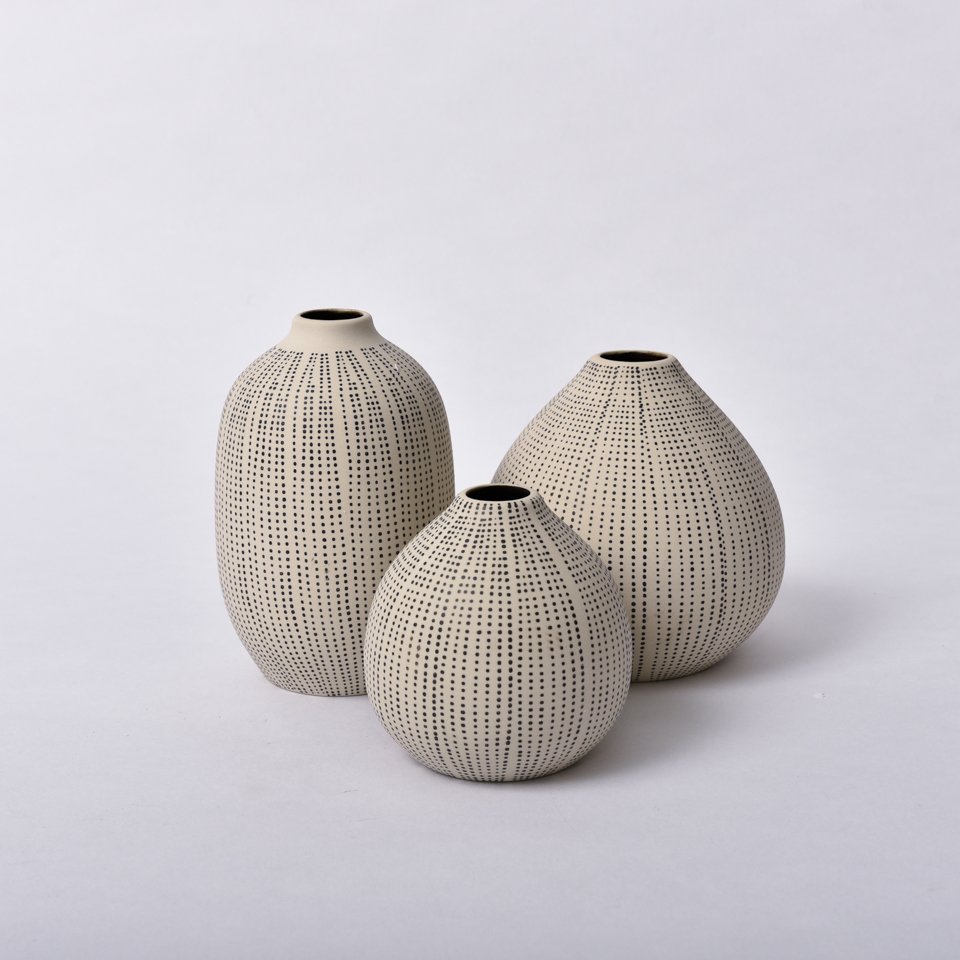 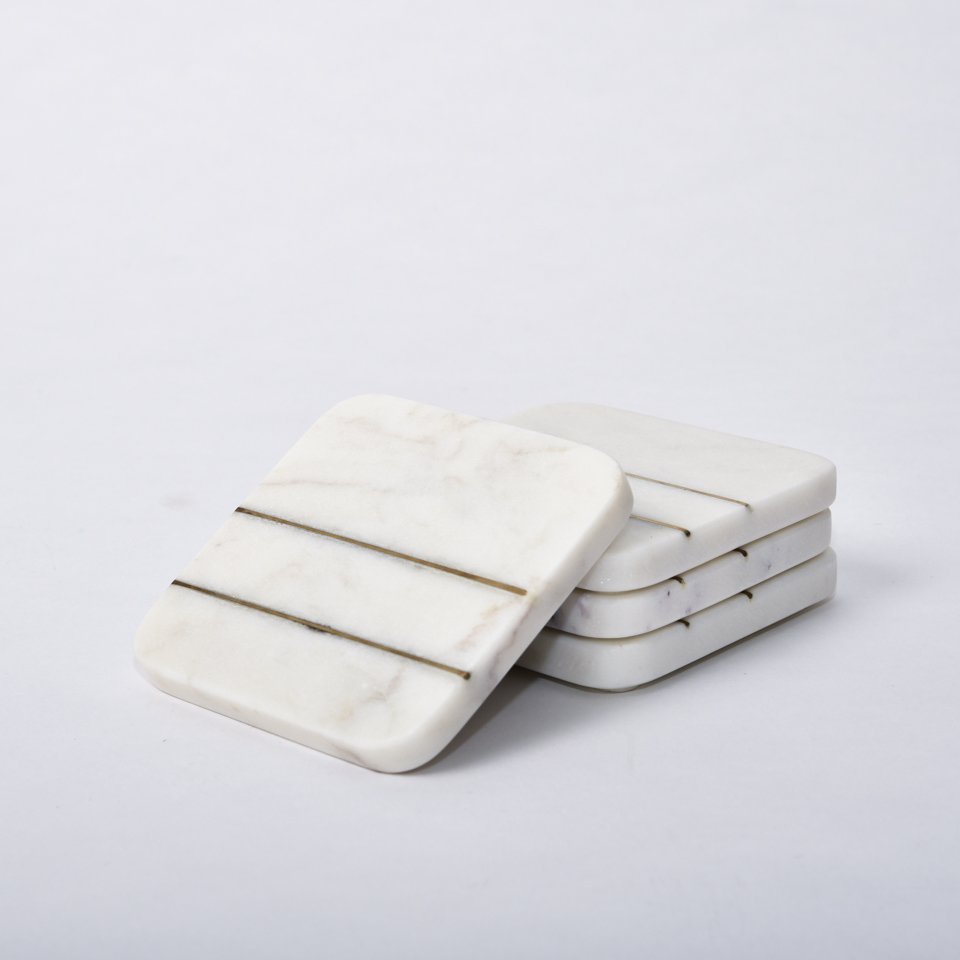 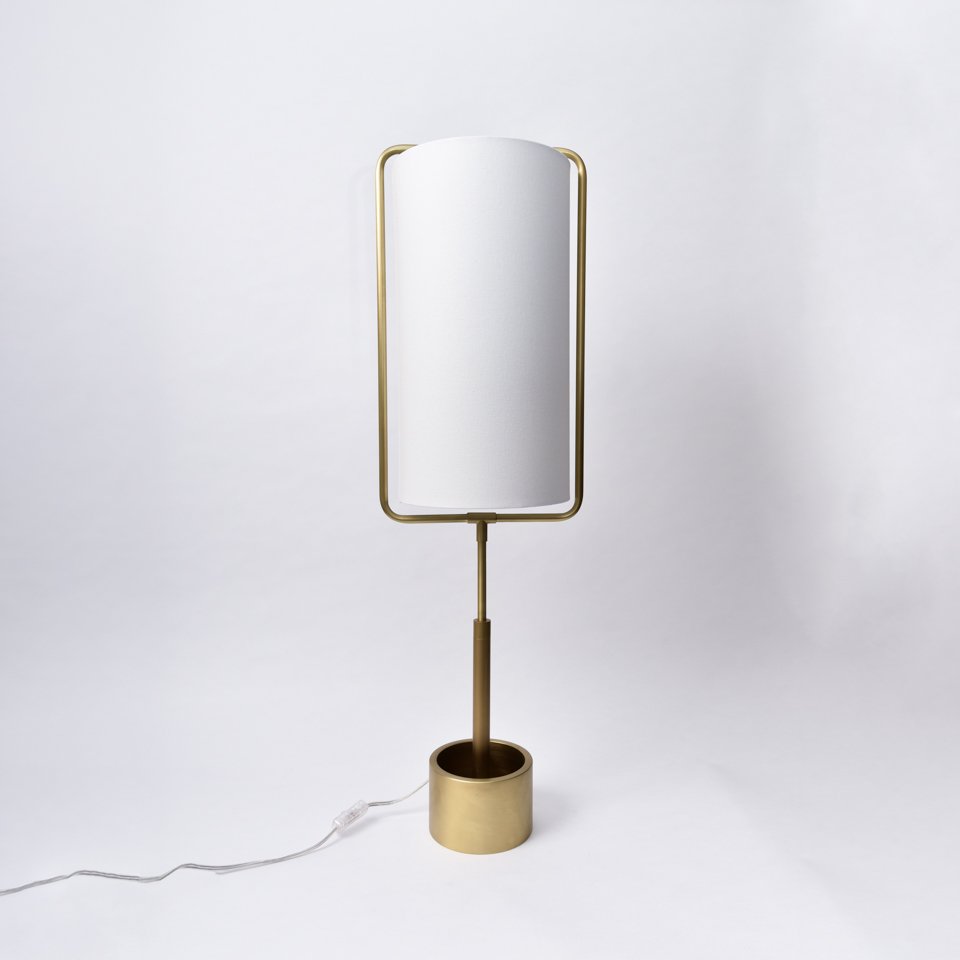 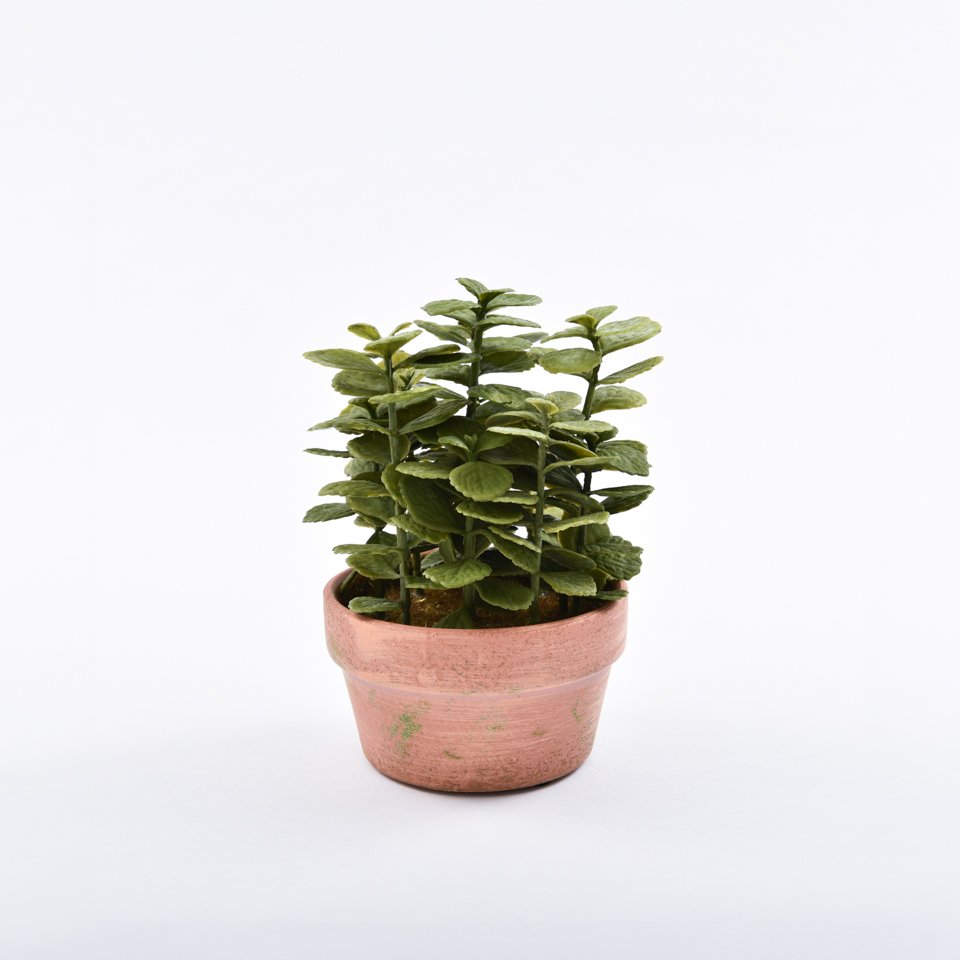 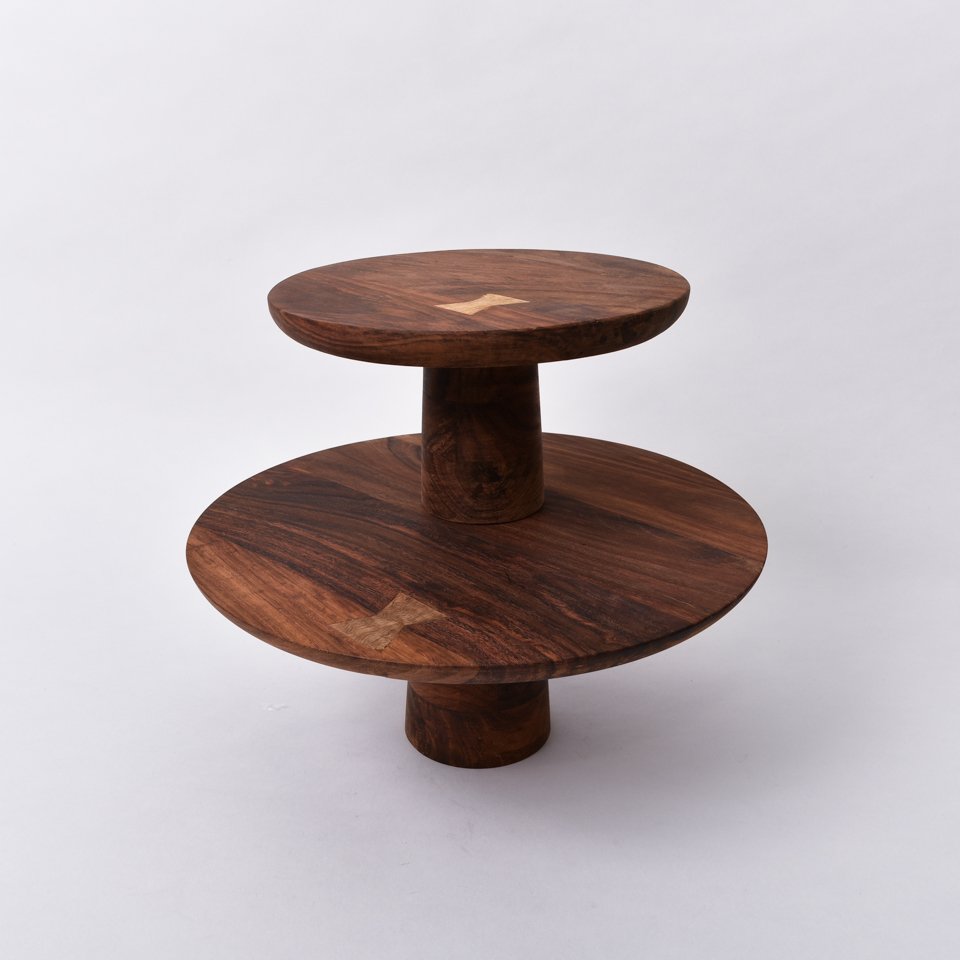 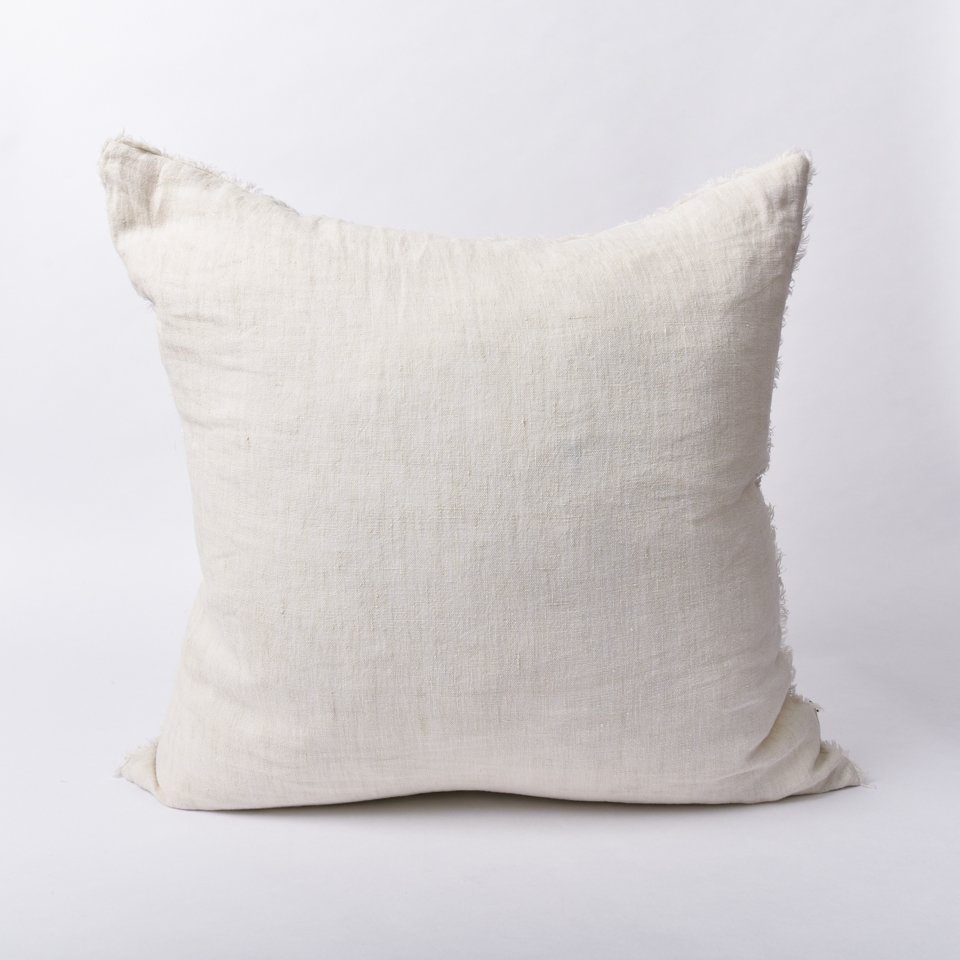 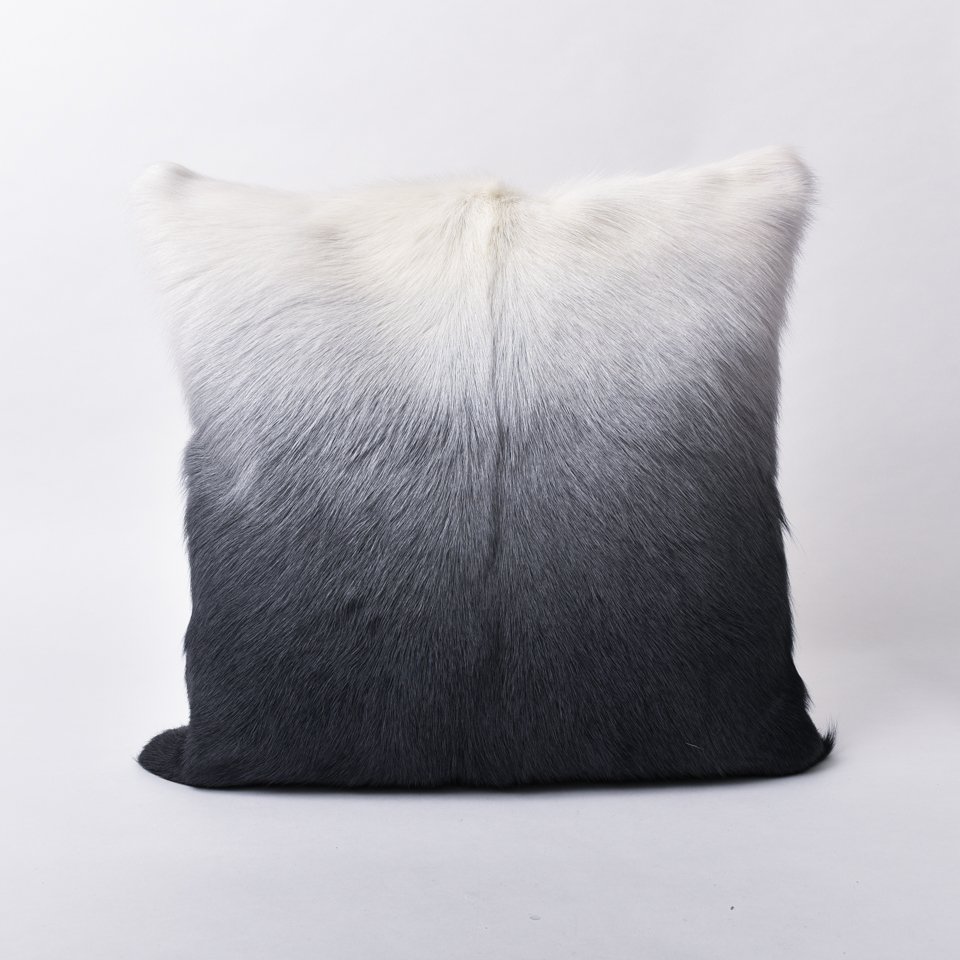 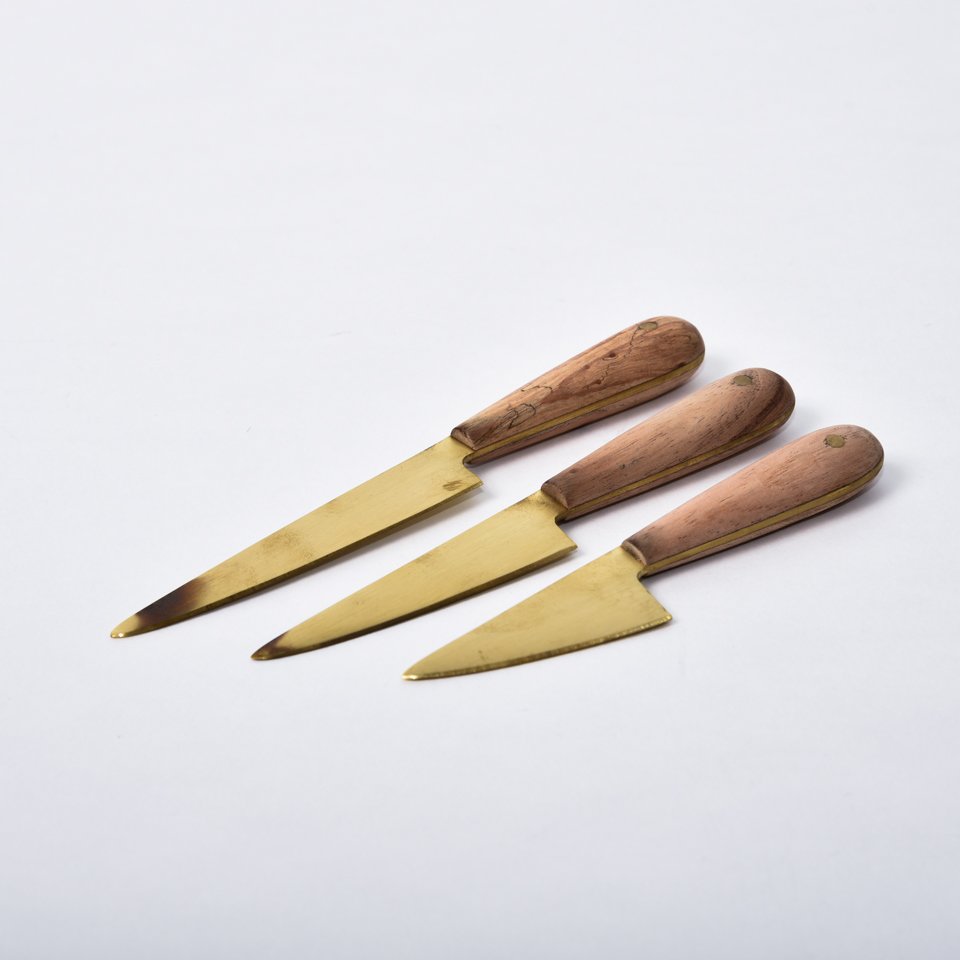 Want to see more from this project?
We get it. Check out the rest here: